Reid Hoffman, now a partner at Greylock Partners, says innovators must ignore hype to identify new technologies with real traction. It starts by envisioning how they might shape the future.  This interview part of a series called “The New World of Work,” which explores how top-tier executives see the future and how their companies are trying to set themselves up for success. 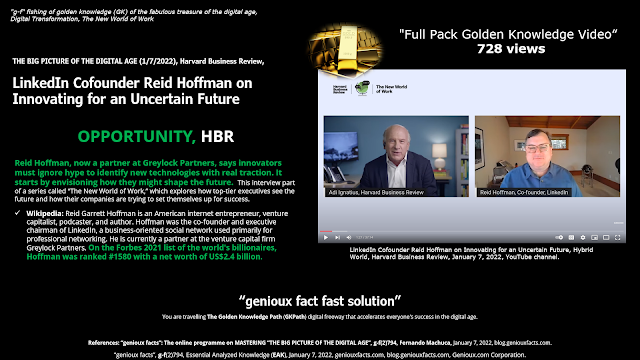 LinkedIn Cofounder Reid Hoffman on Innovating for an Uncertain Future

The metaverse is already an essential part of life, and 'we're in another huge cycle' says LinkedIn cofounder and venture capitalist Reid Hoffman

Going to be a 'ton of investment' in metaverse: LinkedIn Co-founder

The New World of Work