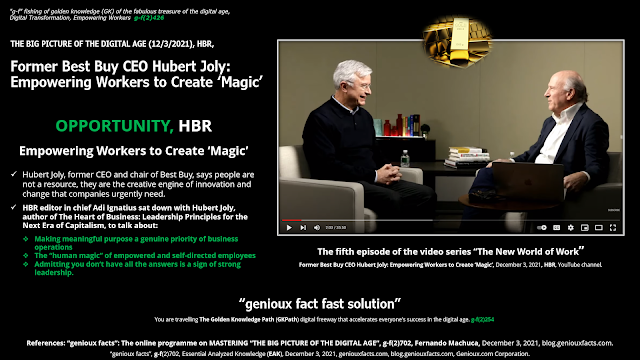 Hubert Joly is a senior lecturer at the Harvard Business School and the former Chairman and Chief Executive Officer of Best Buy. He is also a member of the board of directors of Johnson & Johnson and Ralph Lauren Corporation, a member of the International Advisory Board of HEC Paris, and a Trustee of the New York Public Library and the Minneapolis Institute of Art.
Joly has been recognized as one of the top 100 CEOs in the world by the Harvard Business Review, one of the top 30 CEOs in the world by Barron’s and one of the top 10 CEOs in the U.S. by Glassdoor. He has also been recognized as one the top 50 management thinkers in the world by Thinkers50 and received the organization’s 2021 Leadership Award.
He is the author of the best-selling and highly acclaimed book “The Heart of Business – Leadership Principles for the Next Era of Capitalism.”