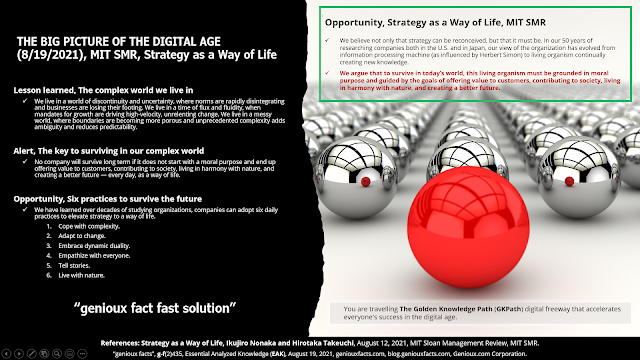 Ikujiro Nonaka is professor emeritus at Hitotsubashi University. Hirotaka Takeuchi is a professor of management practice at Harvard Business School.

Extracted from Hitotsubashi University
Ikujiro Nonaka received his BA in political science from Waseda University in 1958, and MBA and PhD in Business Administration from the University of California, Berkeley in 1968 and 1972, respectively. Professor Nonaka was appointed a Xerox Distinguished Faculty Scholar of the University of California in 1997, Professor Emeritus of Hitotsubashi University in 2006, and University Professor of Waseda University in 2013.
Professor Nonaka was the Dean of the Graduate School of Knowledge Science, Japan Advanced Institute of Science and Technology, from 1997 to 2000. Previously he was Professor (1982-95) and Director (1995-98) at the Institute of Business Research, Hitotsubashi University. His earlier academic career included positions at Nanzan University and the National Defense Academy’s Faculty of Social Science.
Professor Nonaka’s primary research interest is to establish and disseminate the theory of knowledge-based management of companies, communities, public administration, and the nations, in order to facilitate ongoing, sustainable knowledge creation and innovation. As part of this work, he has conducted comparative research on leaders and on knowledge-creating processes in companies and organizations, and of leaders, around the world. Accordingly, he is known globally as the ‘guru’ of Knowledge-based Management, having proposed concepts and theories on organizational knowledge creation processes and leadership since the 1980s. His academic works include the SECI Model for the organizational knowledge creating process, the concept of Ba and the dynamic model of organizational knowledge creation process, the concept and abilities of wise leadership and phronesis (practical wisdom), and historical imagination and idealistic pragmatism.

Extracted from Harvard Business School
Hirotaka Takeuchi is a Professor in the Strategy Unit at Harvard Business School, where he currently teaches three second-year elective courses: Knowledge-based Strategy, Japan IXP, and Microeconomics of Competitiveness (which he co-teaches with University Professor Michael Porter). He received a BA from International Christian University in Tokyo, Japan, and an MBA and PhD from the University of California, Berkeley. Professor Takeuchi's first faculty position at Harvard was in the Marketing Unit from 1976 to 1983 as an Assistant Professor and his second as a Visiting Professor teaching the Advanced Management Program in 1995-1996. Starting in 1983, he taught at Hitotsubashi University in Tokyo and served as the Founding Dean of its business school, Graduate School of International Corporate Strategy, from 1998 to 2010. Prior to his academic career, he worked at McCann-Erickson in Tokyo and San Francisco and at McKinsey & Company in Tokyo.