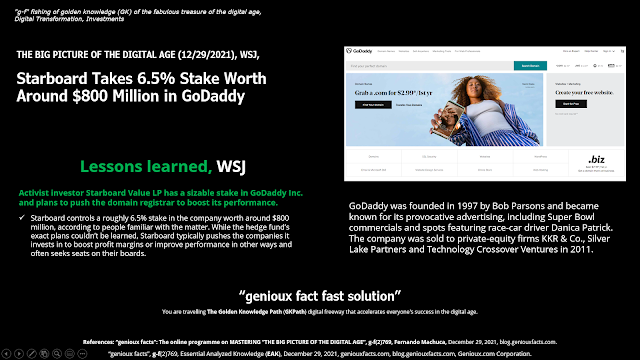 Extracted from WSJ
Cara Lombardo is a reporter covering M&A for The Wall Street Journal in New York. She and her colleagues have broken several of the largest deals including United Technologies' $86 billion merger with Raytheon and AbbVie's $63 billion purchase of Allergan.
She joined the Journal in 2017 and previously covered activist hedge funds, the beverage industry and breaking news. As an intern with the Milwaukee Journal Sentinel’s investigative team, she broke news about a jail inmate dying of dehydration that gained national attention and prompted criminal convictions.
She previously worked as a CPA auditing banks and asset managers.
She has undergraduate and master’s degrees in accounting and a master’s degree in journalism, all from the University of Wisconsin-Madison.

Your Idea is Waiting to Be Seen - GoDaddy Commercial