The Bloomberg Billionaires Index is a daily ranking of the world’s richest people. Details about the calculations are provided in the net worth analysis on each billionaire’s profile page. The figures are updated at the close of every trading day in New York. 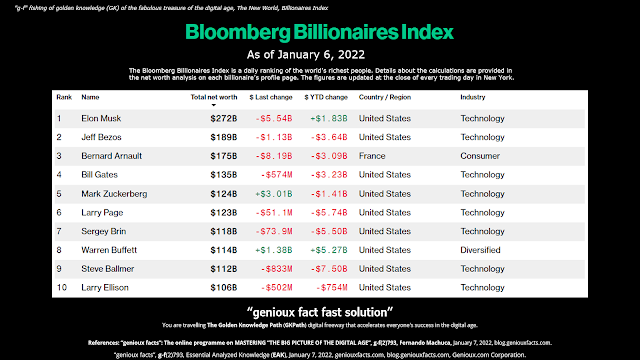 Elon Musk Is Your Person of the Year