Enthusiasts love the freewheeling atmosphere on the ‘eBay for crypto goods.’ But limited oversight also means the site is awash in unauthorized items; securing compensation after a scam can be tough. 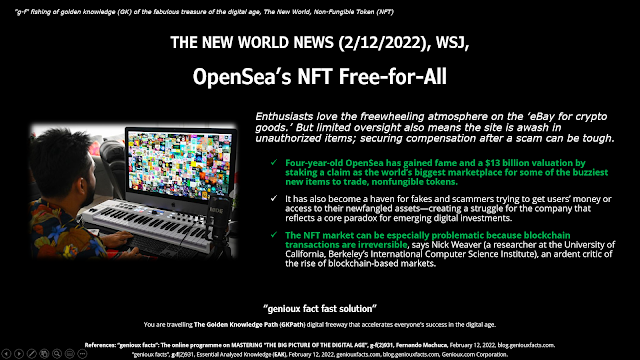 Meet OpenSea | The NFT marketplace with everything for everyone

Justin Scheck is a London-based reporter for the Wall Street Journal. He covers large European oil companies and other energy-related stories. Prior to covering energy, Justin wrote about crime, technology companies and animals in the Journal's San Francisco bureau. Before joining the Journal in 2007, he covered federal courts and plaintiff lawyers for a legal newspaper. He graduated from Bates College in Maine.