The main objective of this "genioux fact" is to discover 10 rare containers of golden knowledge (GK) in the Metaverse. 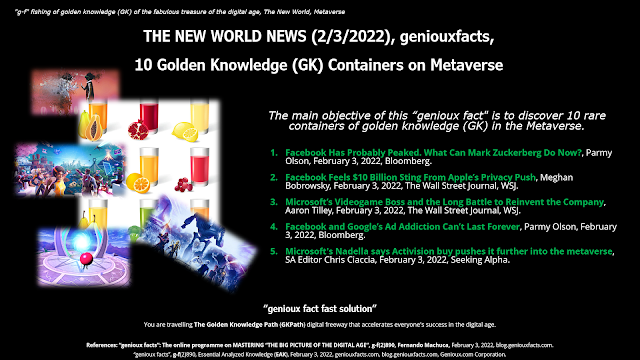 Essential FACT 5: Becoming a fast and successful learner is a superpower g-f(2)837