The Nanotechnology Revolution Is Here 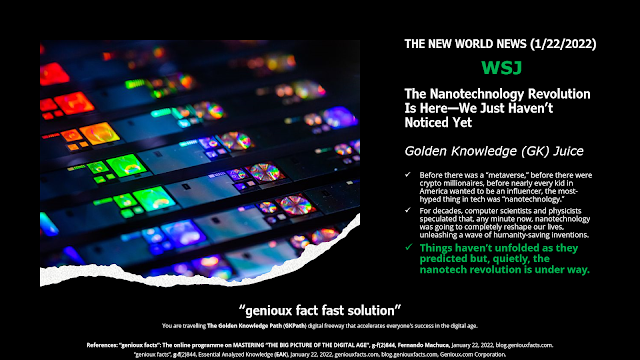 Technology columnist, The Wall Street Journal
Christopher Mims (@mims, facebook) writes Keywords, a weekly column on technology. Before joining the Journal in 2014, he was the lead technology reporter for Quartz and has written on science and tech for publications ranging from Technology Review, Smithsonian, Wired, the Atlantic, Slate and other publications. Mims, who has degree in neuroscience and behavioral biology from Emory University, lives in Baltimore.