Charli and Dixie D’Amelio, Addison Rae are among TikTok stars who out-earned leaders of many S&P 500 companies 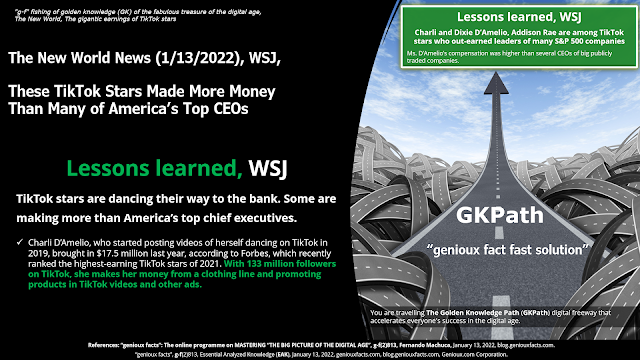 Special writer, The Wall Street Journal
Theo Francis covers corporate news for The Wall Street Journal from Washington, D.C., and specializes in using regulatory documents to write about complex financial, business, economic, legal and regulatory issues.
During his first stint at the Journal, from 2000 to 2008, he covered hospitals, insurance, retirement and pensions, mutual funds and stocks, among other issues. He was part of Journal team that won the 2003 Pulitzer Prize for coverage of corporate scandals, and his work, individually and with others, has also been recognized with George Polk, Gerald Loeb and other national awards.
He covered financial regulation in Washington for BusinessWeek during the height of the financial crisis, and has written for The New York Times, Quartz, footnoted.com, National Public Radio, Bloomberg News and other publications. In 2012 and 2013, he founded and ran Disclosure Matters, an independent research, training and consulting firm in Washington, D.C.. He returned to the Journal in November 2013.
He has taught journalism at the University of Maryland and is a graduate of the University of Illinois and the Columbia University Graduate School of Journalism. More information at website or follow him on Twitter @theofrancis.