"g-f" fishing of golden knowledge (GK) of the fabulous treasure of the digital age, The Personal Digital Transformation, How Minds are Constructed (12/12/2021)  g-f(2)426

How Minds are Constructed 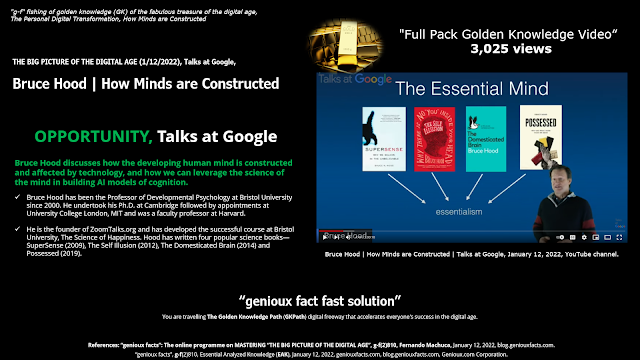 Bruce Hood | How Minds are Constructed | Talks at Google