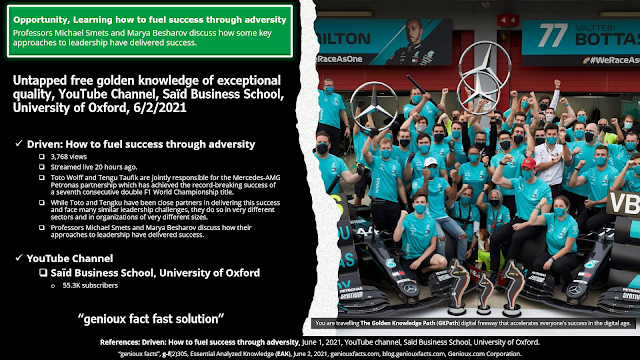 Opportunities for those traveling at high speed on GKPath
Opportunity, Learning how to fuel success through adversity,
Saïd Business School, University of Oxford

Driven: How to fuel success through adversity

Michael Smets
Professor of Management
Michael’s research focuses on professional service firms (PSFs), especially their internationalisation, innovation and regulation.
Professional services play an increasingly significant role not only as an important business sector in their own right, but also as a lubricant for business transactions and government activities more broadly. Critically, with the increasing ‘servitisation’ of manufactured goods and the rise of ‘hybrid’ organisations that bring together experts from a variety of disciplines, understanding professional service firms and the lessons we can learn from them helps address a wide range of challenges faced by 21st century organisations.
Michael focuses especially on the management of global law, consulting and reinsurance firms. He employs innovative qualitative methodologies, such as video- and team-ethnography, to capture the minute details of professional work. Most recently, he did so in a widely-noted ‘fly on the wall’ study of reinsurance trading in Lloyd’s of London.
Marya Besharov
Professor of Organisations and Impact
Marya Besharov is a Professor of Organisations and Impact at Saïd Business School, University of Oxford.
She was previously on the faculty of the ILR School at Cornell University. An organisational theorist with a background in sociology, she studies how organisations and their leaders navigate competing strategic priorities to achieve both social impact and commercial success. Marya received a BA in Social Studies, an MA in Sociology, and a PhD in Organisational Behaviour from Harvard University. She also holds an MBA from Stanford University.
Extracted from Wikipedia
Saïd Business School (Oxford Saïd) is the business school of the University of Oxford, named after Syrian billionaire Wafic Saïd. It is part of Oxford's Social Sciences Division.
Oxford Saïd is the University of Oxford's department for undergraduate and graduate students in business, management and finance. Undergraduates are also taught as part of the Economics and Management course together with the Economics Department.
The school of management was re-branded as Saïd Business School in 1996. It is named after its chief benefactor, Syrian-Saudi Arabian billionaire Wafic Saïd, arms dealer (of the Saudi-UK Al-Yamamah arms-oil deal), political fixer, businessman and philanthropist, who has donated £70 million. The dean is Peter Tufano. Previous deans were Professor Colin Mayer (2006-2011), Professor Anthony Hopwood (1999-2006) and Professor John Kay (1996-1998).