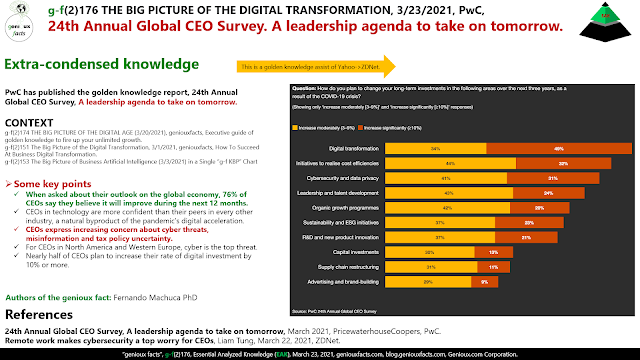 Extracted from Wikipedia
PricewaterhouseCoopers is a multinational professional services network of firms, operating as partnerships under the PwC brand. PwC ranks as the second-largest professional services network in the world and is considered one of the Big Four accounting firms, along with Deloitte, EY and KPMG.
PwC firms operate in 157 countries, 742 locations, with 276,000 people. As of 2019, 26% of the workforce worked in the Americas, 26% in Asia, 32% in Western Europe and 5% in Middle East and Africa. The company's global revenues were $42.4 billion in FY 2019, of which $17.4 billion was generated by its Assurance practice, $10.7 billion by its Tax and Legal practice and $14.4 billion by its Advisory practice.
The firm in its present form was created in 1998 by a merger between two accounting firms; Coopers & Lybrand, and Price Waterhouse. Both firms had histories dating back to the 19th century. The trading name was shortened to PwC (on-logo writing pwc) in September 2010 as part of a rebranding effort.
PricewaterhouseCoopers International Limited, based in London, England, is a co-ordinating entity for the global network of firms. It manages the global brand, and develops policies and initiatives, to create a common and coordinated approach in areas such as risk, quality, and strategy. It does not provide services to clients.
As of 2020, PwC is the fifth-largest privately owned company in the United States.