g-f(2)43 Iberdrola: Disruptive education for meeting the challenges of the future

Disruptive education for meeting the challenges of the future 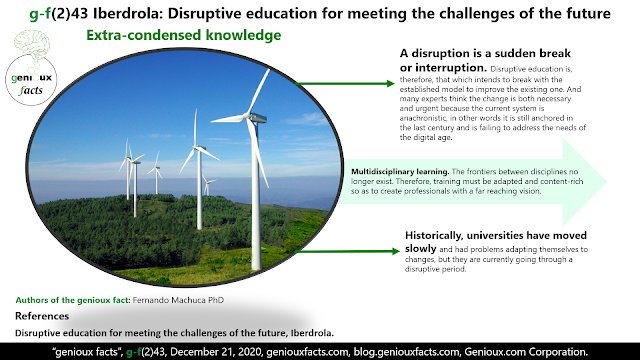 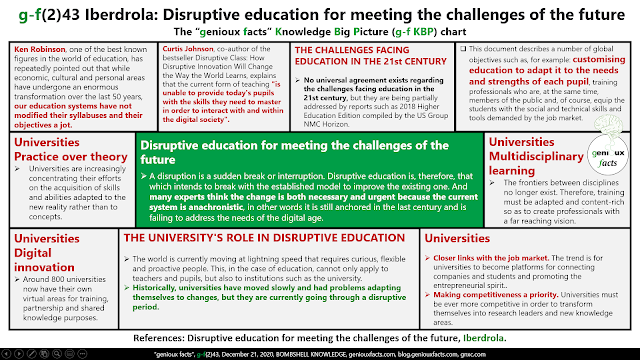 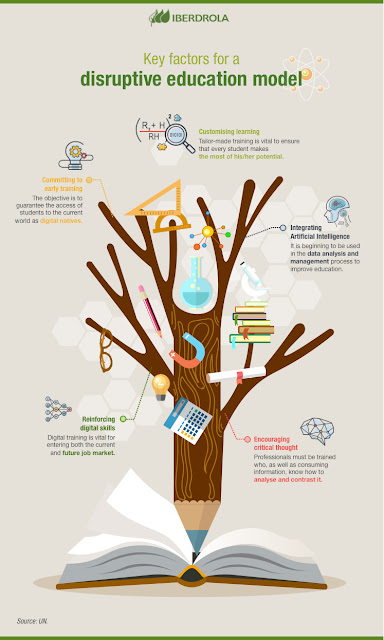 Iberdrola is a Spanish multinational electric utility company based in Bilbao, Spain. Iberdrola has a workforce of around 34,000 employees in dozens of countries on four continents serving around 31.67 million customers. Subsidiaries include Scottish Power (United Kingdom) and a significant part of Avangrid (United States), amongst others. The largest shareholder of the company was, in 2013, Qatar Investment Holding; other significant shareholders are Norges Bank, Kutxabank and Bankia.

Iberdrola is a global energy company, the number-one producer of wind power, and one of the world's biggest electricity utilities by market capitalisation. The group has businesses in numerous countries and supplies energy to over 100 million people, mainly in Spain, United Kingdom (Scottish Power), USA (AVANGRID), Brazil (Neoenergia), Mexico, Germany, Portugal, Italy or France. With a workforce of 34,000 and assets in excess of €113bn, it achieved a turnover of €35bn and a net profit of €3bn in 2018.