This gold knowledge article from Foreign Affairs is brilliant. The problem of hype with artificial intelligence and possible solutions in the case of its application in the United States national security services are analyzed.
CONTEXT
There is a very real risk that expectations are being set too high and that an unwillingness to tolerate failures will mean the United States squanders AI’s potential and falls behind its rivals. 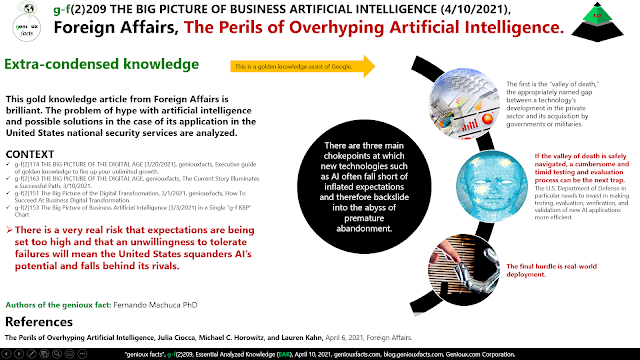