The learning algorithm that enables the runaway success of deep neural networks doesn’t work in biological brains, but researchers are finding alternatives that could. 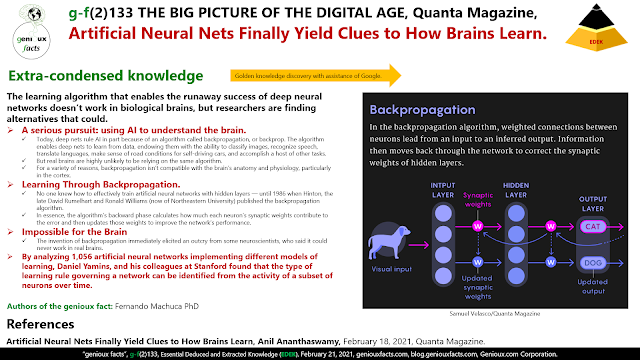 Anil Ananthaswamy is a journalist and author. He is a 2019-20 MIT Knight Science Journalism fellow. His latest book, Through Two Doors at Once, is about quantum mechanics and the double-slit experiment. He is a former deputy news editor for New Scientist magazine and currently a freelance feature editor for PNAS’s Front Matter. Besides Quanta, he writes for New Scientist, Scientific American, Knowable and Undark, among others. He won the UK Institute of Physics’ Physics Journalism award and the British Association of Science Writers’ award for Best Investigative Journalism. His first book, The Edge of Physics, was voted book of the year in 2010 by Physics World, and his second book, The Man Who Wasn’t There, was long-listed for the 2016 Pen/E. O. Wilson Literary Science Writing Award.