g-f(2)141 THE BIG PICTURE OF THE DIGITAL AGE, CMSWIRE, Has Augmented Reality for Marketing Finally Come of Age?

This article is a container of golden knowledge that describes key aspects of the current state of the art of Augmented Reality (AR). 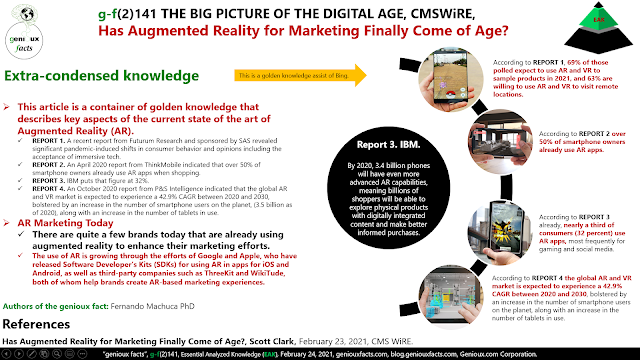 Scott Clark
FREELANCE WRITER
Columbus, Ohio
COVERS
Digital Experience
Based in Columbus, Ohio, Scott has been involved with the IT industry since Al Gore invented it, first working as webmaster for his hometown's first ISP, then moving on to become a web developer and technical writer for many technical publications. Scott spends his free time mixing electronic dance music, trying to do his part to create a sustainable future, and tinkering with Raspberry Pi projects. His focus is web technologies, SEO and internet security, and he's always interested in learning more about any of the above.