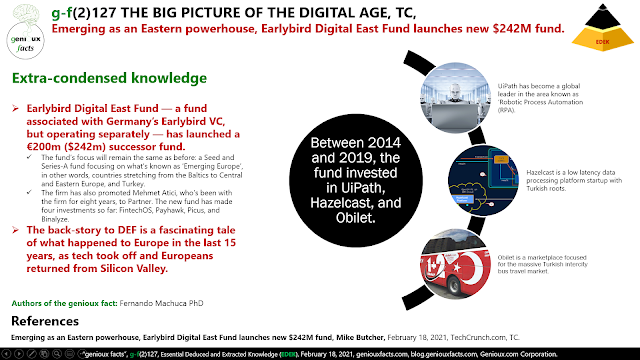 Mike Butcher
Editor At Large
Mike Butcher MBE is Editor-at-large of TechCrunch.
As a writer, editor, interviewer, moderator and columnist in the tech media world he covers everything the smallest tech startups and the largest tech giants. Lately, he’s been writing a lot about Blockchain and Crypto.
Mike has been named one of the most influential people in European technology by various newspaper and magazines. He founded The Europas Awards, the non-profit Techfugees and has advised the UK government on tech startup policy. He was awarded an MBE in the Queen’s Birthday Honours list 2016 for services to the UK technology industry and journalism.
By Director of genioux facts
Email ThisBlogThis!Share to TwitterShare to FacebookShare to Pinterest
Labels: Automation, Digital Transformation, Innovation, The Big Picture of Digital Age, The Big Picture of Digital Transformation, Viral Knowledge
Newer Post Older Post Home