g-f(2)106 THE BIG PICTURE OF THE DIGITAL AGE, WSJ, The Battery Is Ready to Power the World

After a decade of rapidly falling costs, the rechargeable lithium-ion battery is poised to disrupt industries. 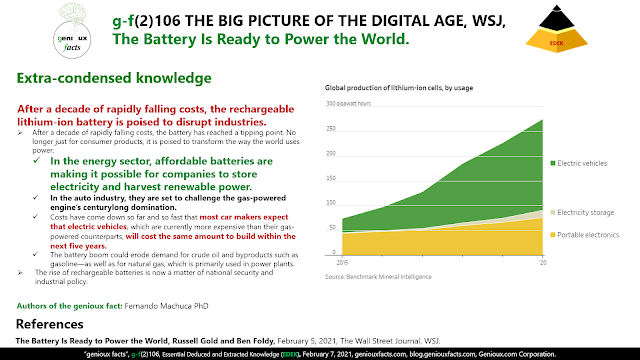