g-f(2)88 THE BIG PICTURE OF THE DIGITAL AGE, OECD, The Future of Work, Reconstructing a better and more resilient labour market. 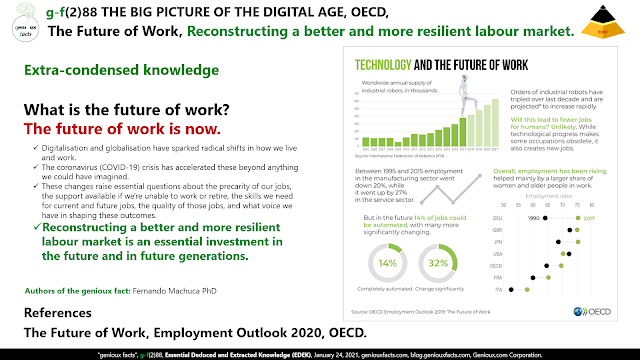 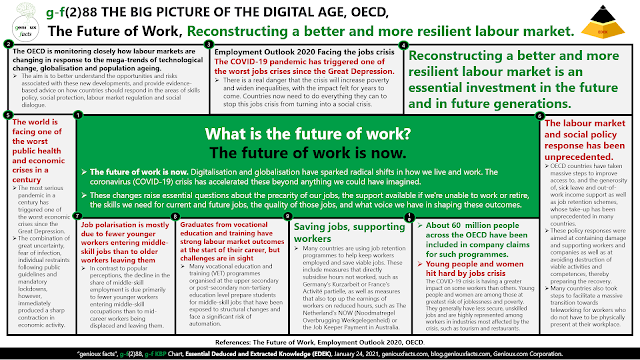 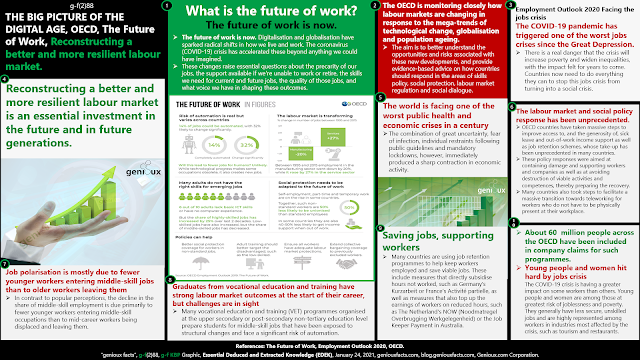 Extracted from WIKIPEDIA
The Organisation for Economic Co-operation and Development (OECD; French: Organisation de Coopération et de Développement Économiques, OCDE) is an intergovernmental economic organisation with 37 member countries, founded in 1961 to stimulate economic progress and world trade. It is a forum of countries describing themselves as committed to democracy and the market economy, providing a platform to compare policy experiences, seek answers to common problems, identify good practices and coordinate domestic and international policies of its members. Generally, OECD members are high-income economies with a very high Human Development Index (HDI) and are regarded as developed countries. As of 2017, the OECD member countries collectively comprised 62.2% of global nominal GDP (US$49.6 trillion) and 42.8% of global GDP (Int$54.2 trillion) at purchasing power parity. The OECD is an official United Nations observer.
In 1948, the OECD originated as the Organisation for European Economic Co-operation (OEEC),[6] led by Robert Marjolin of France, to help administer the Marshall Plan (which was rejected by the Soviet Union and its satellite states). This would be achieved by allocating United States financial aid and implementing economic programs for the reconstruction of Europe after World War II.
In 1961, the OEEC was reformed into the Organisation for Economic Co-operation and Development by the Convention on the Organisation for Economic Co-operation and Development and membership was extended to non-European states. The OECD's headquarters are at the Château de la Muette in Paris, France. The OECD is funded by contributions from member countries at varying rates and had a total budget of €386 million in 2019.
Although OECD does not have a power to enforce its decisions, which further require unanimous vote from its members, it is recognised as highly influential publisher of mostly economic data through publications as well as annual evaluations and rankings of members countries.
By Director of genioux facts
Email ThisBlogThis!Share to TwitterShare to FacebookShare to Pinterest
Labels: Bombshell Knowledge, Digital Transformation, The Big Picture of Digital Age, The Big Picture of Digital Transformation, The future of work
Newer Post Older Post Home