Interview with Pete Giorgio. This marks our fifth year of predicting the trends that we believe will dominate and disrupt the sports industry over the next 12 months. As we look toward 2020, we believe that five trends will have the biggest impact on athletes, team and league executives, and players across the sports ecosystem: 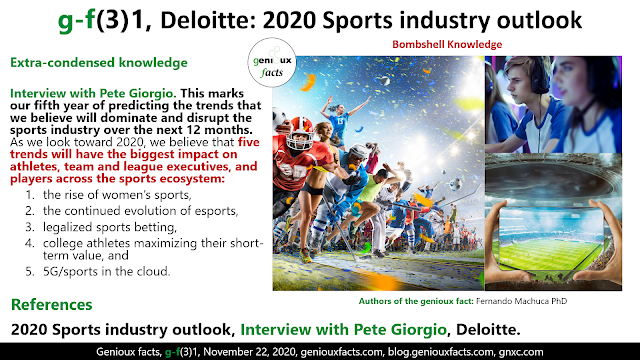 Category 3: The Big Picture of Sports